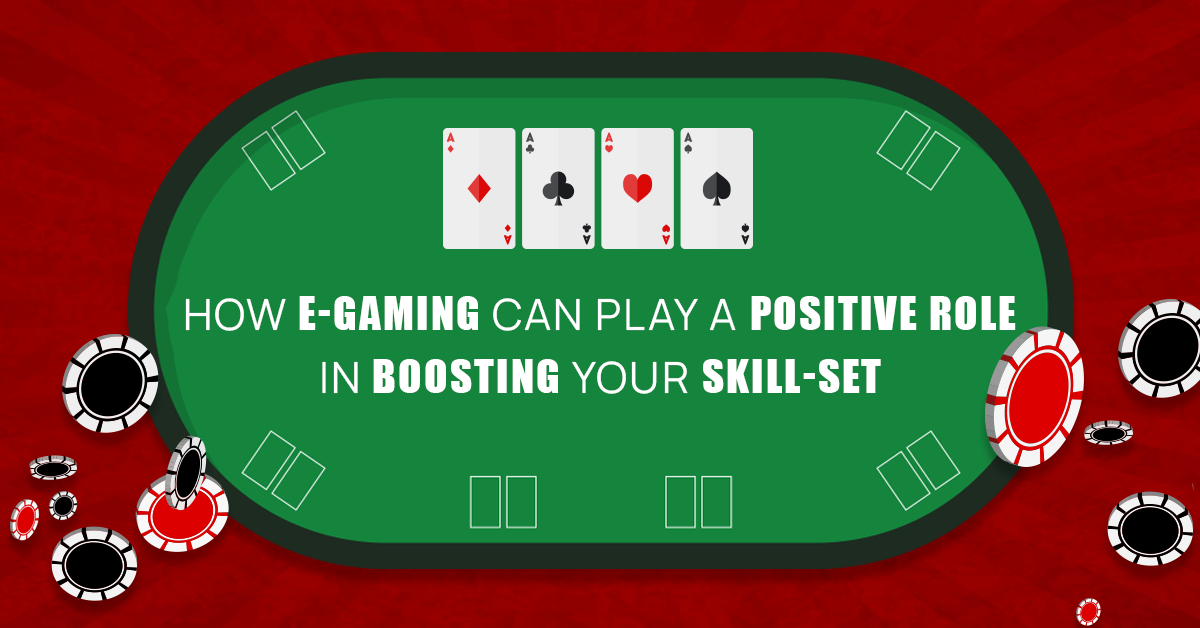 How Online Games Can Increase the Productivity of the Millenials

The Millenials of India coined a new word, ‘e-athletes,’ to refer to the online star gamers who represented India at the World Gaming Federation and brought the country pride. These Indian ‘e-athletes’ are the idols for many aspiring e-gamers across the world. The E-Gaming sector is so huge that even the Olympics federation is planning to include e-gaming as an athlete sports competition in the next Olympics. With 696.77 active online content users in 2020, the e-gaming industry in India is expected to hit a mountainous 50 billion USD in revenue in 2021, thanks to factors such as practically free internet availability and access to a smartphone. The online gaming industry is one of the most exciting and lucrative for investors, enticing big investors to sponsor online gaming even more.

Previously, there was a myth that playing video games were bad for youth’s mental wellbeing, rendering them aggressive and unproductive, but recent research on the effect of video games on youth has revealed numerous benefits of engaging in virtual gaming scenarios. Millennials are also changing their focus from conventional outdoor sports to social and online activities.

Here are some ways that online games are helping Millennials develop their skills and increase their productivity:

Improving Motor Skills:
Playing Online games have proven to improve the motor skills of the player, where the players have to keep their mind, eyes and ears open in the gameplay and coordinate between them which improves their motor skills in the longer run. First-person shooting and sports games require the player to have control over their muscular, auditory and visual functions, thus improving muscular coordination.

Improving Cognitive Skills:
Memorizing a pattern as a clue and having a creative approach towards a problem in online puzzle-solving and detective games, improve the critical and cognitive skills of the player. These games improve the unlocking critical thinking abilities in the players which they can implement in their practical lives as well and increase their productivity.

Time Management and Strategizing:
Online strategizing games, where the players have to build their infrastructures by managing resources and strategizing their plans to build their assets and compete against their rivals to stand victorious, helps the players to be more productive, time consistent and dynamic problem solver in real life when some problem arises.

Teamwork and Leadership Skills:
Some online first-person shooting games require intense teamwork and quick and efficient decision-making aptitude by the players to win the game. Such games have proven to improve teamwork and leadership abilities in the Millenials, which later helps them in their career. Apart from teamwork and leadership skills, these e-games also hones the skills of the Millenials required to work under intense pressure. Standing victorious in online games also strengthens the bonds amongst the team players and boosts the morale of the players.

Improve Social Skills:
In the online gaming fraternity, the player needs to communicate with fellow players to build a team and coordinate with the teammates to achieve their targets, this constant need for communication slowly sharpens the player’s interaction skills, which is one of the most important art kit required by the Millenials to succeed in their professional life.

Improve Consistency and Approachability:
Some online competitive games, where players constantly fail over a level is designed to test the mettle of the players by presenting physically and mentally vexing game setups. Playing these games improves the consistency in the players and also makes the players approach the issues with a different and unique approach.

Aiding in improving concentration:
Multiplayer online fantasy sports games require a lot of concentration and coordination of motor and communication skills. Playing these online games regularly conditions the brain to concentrate on the ultimate goal and to work with the team efficiently to win the round. These games are proven to improve the general productivity of the players in their real-life as well.

Contribute to generating monetary benefits:
This is not a skill set, but a reason to incline to online gaming. Along with the online gaming trend, India also saw a rise in the online streamers on YouTube and other community streaming websites and applications. Some of the Online Gamers build their fanbase by streaming their live gameplay on the internet. Streaming applications such as YouTube pays these streamers handsomely based on the views they get on their videos. Famous online gamers also get major tech sponsors who take care of their gaming investments and provide the stage to showcase their skill sets in front of the world. India has seen some of the successful e-gamers who got a chance to represent India in some of the biggest online gaming competitions and catch the attention of some of the technology giants and attained an unfathomable fan base across the world.

These are some of the skill sets which get affected by e-gaming. Apart from these factors, with the investment of technology giants jumping in the e-gaming sector, an avenue for employment is wide open for the Millenials. Understanding the urge in the online gaming industry, many institutes in India are offering several courses for video games developers, testers and designers, indicating that e-games are the future of entertainment, income, and employment.

India is amongst the top 5 mobile gaming markets of the world, increasing at a CAGR of 22% from 2014 to 2020, and is expected to cross 41% each year. There are over 400 gaming startups and over 100 game development centres in India as of now. Looking over which the Government of India has also decided to invest in the development of infrastructures to nurture the online gaming industry, as India can become the next hub for Augmented and Virtual Reality industries.

Download Now
Please close all other tabs/windows for a hassle-free download.
1. Click OK to understand.
2. Check the box next to Unknown 'Sources' & accept confirmation messages.
3. Install Poker Magnet app and enjoy the game.