Poker has been an integral part of the gaming community in India for a long time. The excitement and thrill of the game winds everyone into getting fascinated by the game. Another adventurous branch of this amazing game is 5 Card PLO!

What are PLO Games?

Pot Limit Omaha, or PLO Games, are a derivative of the Texas Hold´em where the player is dealt five private cards. He/she must make the best hand possible using two of their private cards and three of the five community cards, which are available to every player.

5 card Omaha is one of the most played online poker games in the world, after Texas Holdem. The ongoing 4-Card PLO has evidently been a major success at the time of its launch till now in the poker online room. So much so, that since its launch, people have come up with various variations of poker games(online) in Omaha. Most people prefer Omaha over Texas Hold’em because they got 5-hole cards against 2, which provides them with a better opportunity to get a better hand and get focused in a pot.

How is 5 card PLO different from 4 card PLO?

It is often said that if you are familiar with the rules of playing popular 4 card PLO games, you’ll hardly face any problem with participating in a game of 5 card PLO. This is because the rules of these two games quite identical but the only difference lies in the number of hole cards dealt to each player at the table. 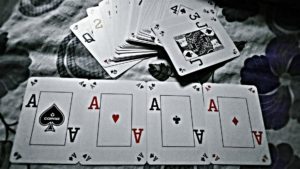 Why should you play 5 card PLO?

How to play 5 Card PLO Games?

As the name suggests, Pot Limit Omaha is played with Plot Limit rules! This means that the maximum best amount permitted depends on the size of the pot. The catch here is that unlike No-Limit Hold´em, you cannot always have the possibility to bet all your chips. 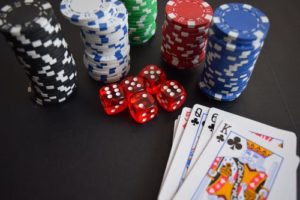 What are the Common Mistakes to Avoid While Playing 5 Card PLO Games?

To increase your chances of winning, you need to avoid a few common mistakes that can divert you from the foolproof path to victory. These common mistakes are stated below:

1.Pocket your Aces and Premium Pairs

One of the common mistakes that people often tend to make while playing 5 Card Pot Limit Omaha is that they value too high of their aces premium pairs too soon. This overconfidence can send you down a negative spiral of loss. To avoid this mistake, the best way is to play unjoined pairs, like K-K-9-4-7, and rather play them for their given value. Similarly, the above-given hands have only an average strength in 4 card PLO, and this will continue to reduce further with the addition of the other card.

2.Small Flashes or 5 cards of all the same suit.

No-Limit Hold´em format, players can expect to have a deep run when they are having very small suited cards. While this trick does prove to be some luck there, this is not the case while playing 5 Card PLO games, in fact this can actually get you into great trouble. A good PLO game player will continue to play only if they are drawing to the nuts. Further, it becomes more important when each and every player is dealt 5 hole cards! This is why when you hit a small flush, there’s a huge probability that someone else in the group has hit it bigger, so be wary!

3. Using Two hold card instead of the Four or Five

While playing PLO Poker whether it’s 4 or 5 card, you must use two hole cards. During this game, players often get confused when there are 4 cards to a straight or a flush on the board, and fail to remember that they can only use 3 community cards in addition to the 2 hole cards. Do not forget the rule and make sure to consider it while playing your 5 card PLO strategy. Don’t overlook it.

In Poker Bankroll Management one of the keen elements formats. While every player is dealt 5 cards only, there is guaranteed an increase in action. That means in various instances a pot can swell up and before you realize it you might be in a risk for more than you should. It is advised that you should choose a starting hand smartly and halt for the flop before you commit some major money into the pot in a 5 card PLO game.

Last, but not least, another crucial mistake that you must not commit is slow playing. Of Course, while playing No-Limit Hold’em, slow playing is a better approach and it can take you a long way. Unfortunately, this isn’t an important 5 card PLO game strategy. In order to survive the game, it is a great idea to place a bet on a flop that we own, since more hold cards mean more draw and outs for your rival.

Just keep these simple tips in mind while playing an exciting round of 5 card PLO game and confirm your victory!

Where Can I Play the Best 5 Card PLO Games Online In India?

Download Now
Please close all other tabs/windows for a hassle-free download.
1. Click OK to understand.
2. Check the box next to Unknown 'Sources' & accept confirmation messages.
3. Install Poker Magnet app and enjoy the game.